Students traveled to Damariscotta Mills to see the peak of the run of alewives from Great Salt Bay into Damariscotta Lake.  Fish were darkening the water as we looked on from the bridge before approaching the stream leading to the fish ladder.  As the fish enter from the bay the stream splits into a “left” and “right” branch.  Going left leads fish to a barrier across the stream and into the area in front of the mechanical dippers, where alewives are harvested and sold as lobster bait.  Going right leads up into the fish ladder and ultimately up into the lake.  The water flow is strongest on the left branch and comes from the main body of the stream where in the 1700’s water power was harnessed by a dam to provide power to saw lumber into boards.  The first fish ladder dates back to 1805 when the community understood, even then, their need to preserve their fish resource and provide a way into the lake. 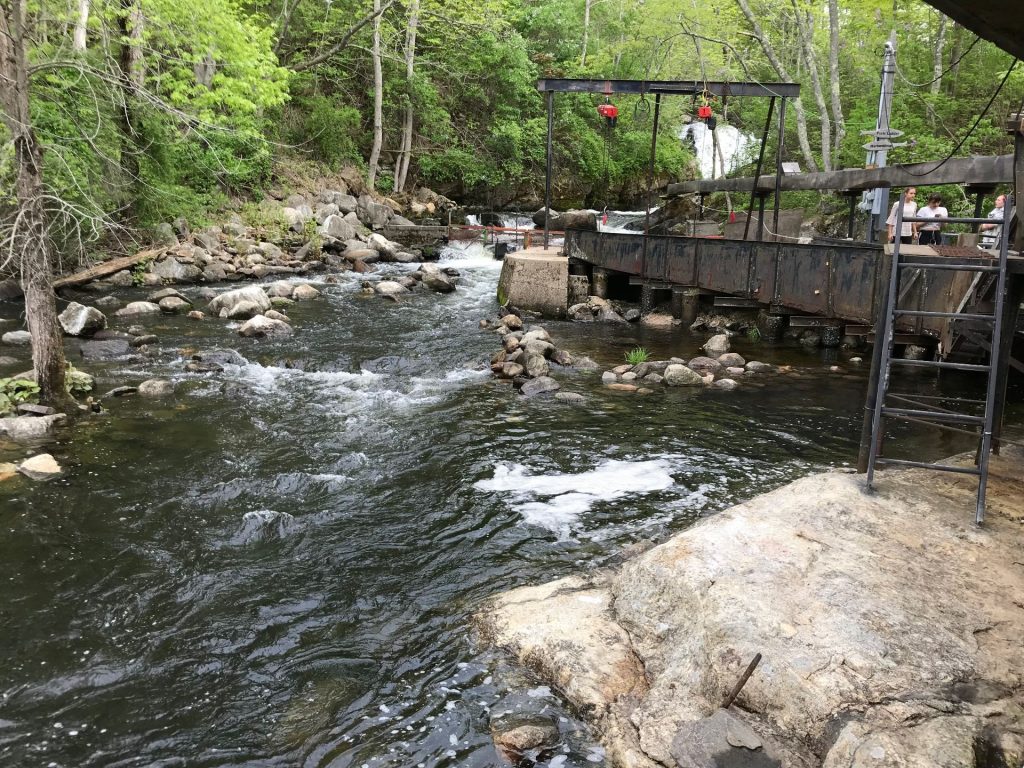 As the fish find their way into the “ladder”, a series of rock pools provide the fish a resting place as they swim with a burst of speed through the current that flows from one pool to the next.  The connecting passage is perhaps a foot to a foot and a half wide, and perhaps about 6-8 inches in depth.  The fish can be seen to swim with a burst of speed to power upstream through the rushing current of water flowing from the upper pool into the lower pool.  The difference in elevation between pools is perhaps ten inches. 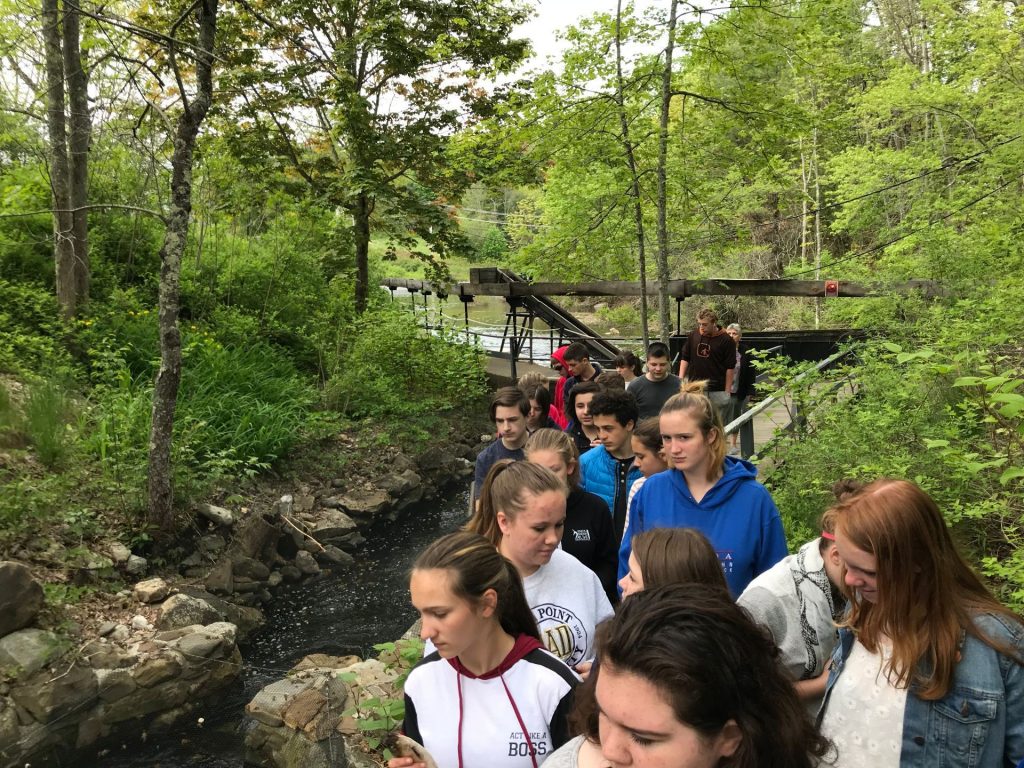 One task while walking alongside the pools, a more recent multi-year, $1+ million dollar rebuilding project, was to be observant and thoughtful and to try and make connections to our outlet and stream and take home ideas we might use to improve our fish passage.

When the fish reach the top of the fish ladder, 61 pools later, they swim through another relatively narrow opening and into the lake.  During the peak of the run, usually the third week of May, a fish counter stands over the opening into the lake and counts at the top of the hour for a ten minute period all of the fish coming through.  Peak counts are in the 900’s!  This way, they can estimate how many fish are entering the lake in the hour, and then during a multiple hour span of time. The overall run is now estimated at over 1,000,000 fish! 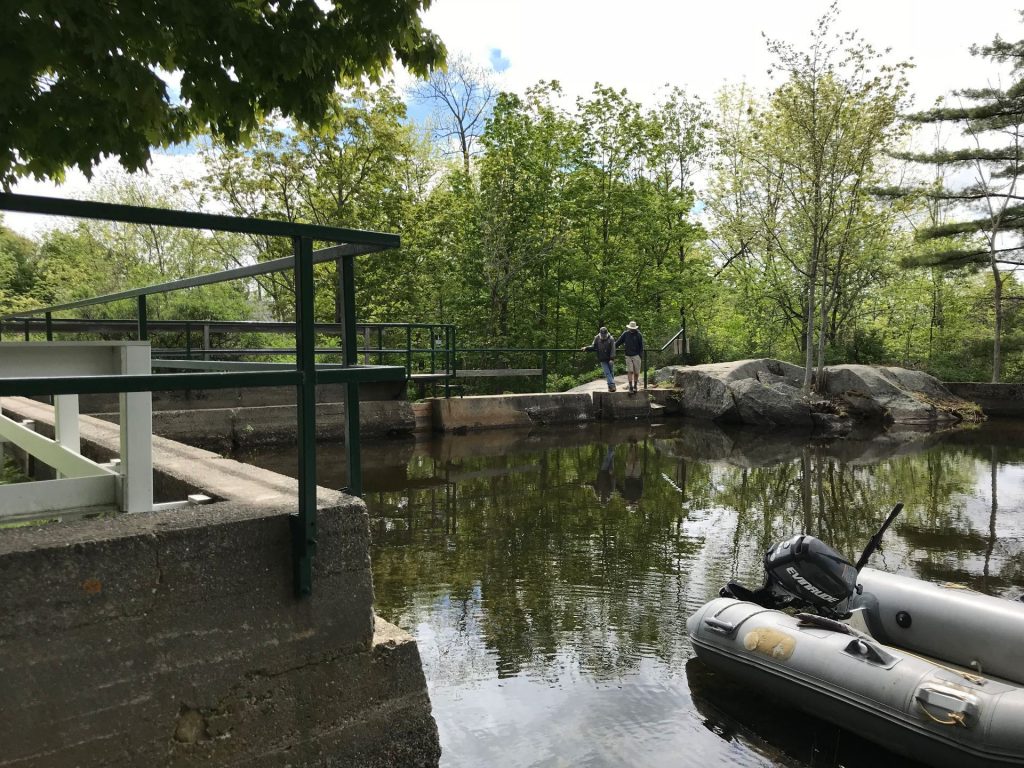 We went on to Warren Village where many of our local lobstermen buy fresh alewives to use as bait.  The Warren fish trap is also where the alewives were sold to The Nature Conservancy to freeze and fish throughout the summer that Josh Miller told us about. 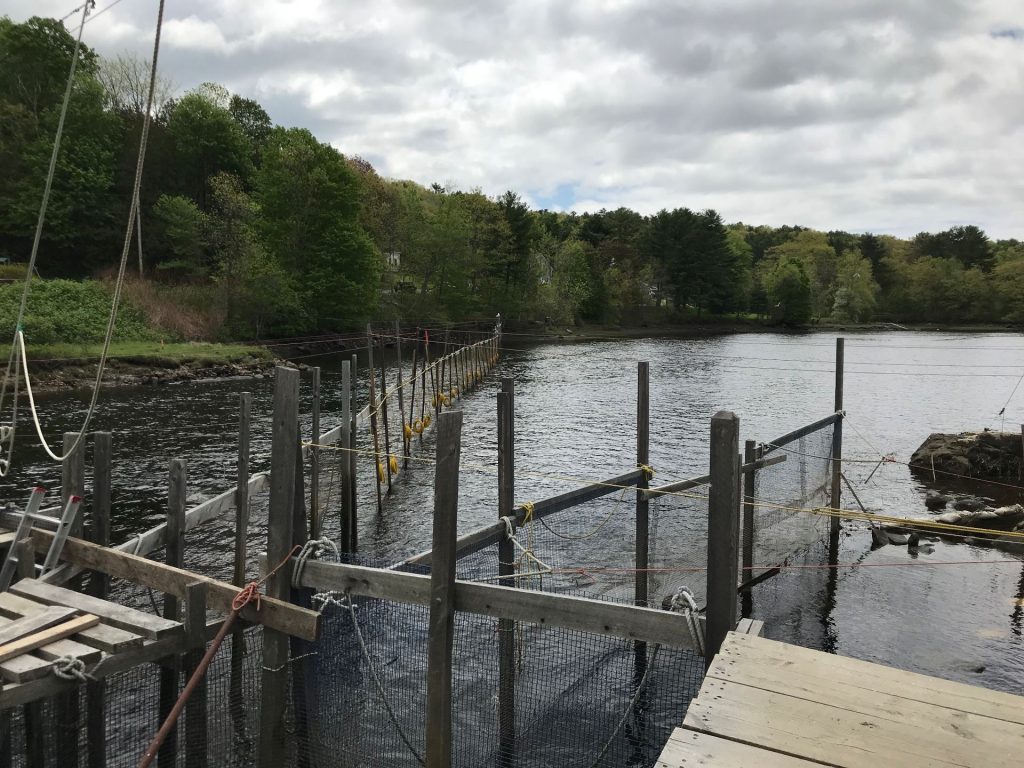 For many of us, seeing the fish laying in the water, side to side, darkening the water they were so densely packed, were the first alewives seen first hand.  It was truly an impressive quantity.  The alewives, or “sawbellies” as they were called, have come back in a big way because of conservation efforts that help provide fish passage into breeding waters.   Watching them fight their way upstream makes us appreciate what tough little fish they are!

Some of our overall impressions are these:

“It is very cool to see a bunch of healthy alewives.”

“I think it would help our stream if we placed some sand bags in the outlet so that it makes a slide for the fish to swim up and down.  We also need moving water throughout the whole stream.”

“I think that we can create more of a stable structure for our pools and we can take the rocks to create a more significant pool and less costly.”

“I think a healthy alewife run has lots of water.  They also have big areas to spawn.  I think we need a small opening in the pools since there since there isn’t continuous water flow.”

“It’s really cool.  I can’t even imagine something like that in St. George.  I think we should make the pools and definitely make an effort to save the fish.  I also think clearing out big rocks could help.”

“It is very interesting to see so many fish and see what we want to have here in St. George.”

“I think we should build better pools and move rocks from the culvert.” 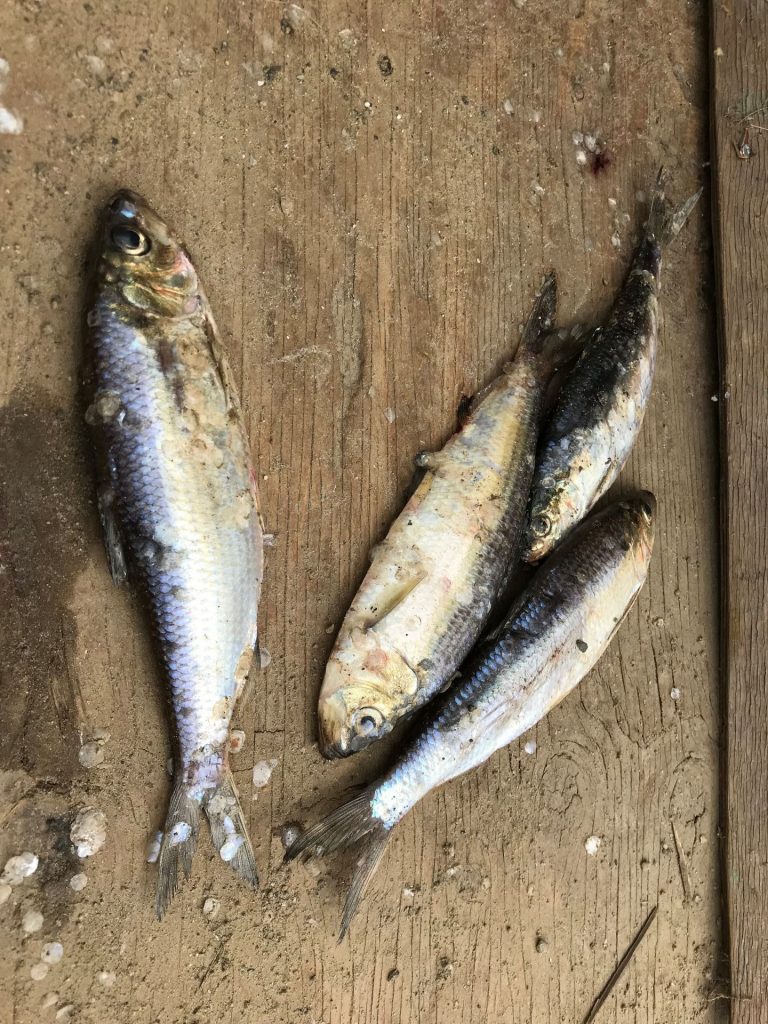